On November 09, 2021, ICJA in cooperation with local partners in the Berlin district Pankow organized a symposium on voluntary services in the context of social inclusion in the frame of the INVOLVE. The event was hosted by the local hub of the project “Kulturmarkthalle” and started with a networking lunch.

In the course of the meeting, the inclusion model of INVOLVE, developed in the last two years in cooperation with project partners in Italy and France was be presented. The participants discussed how the guidelines and starting points developed there can be used to develop volunteer work as a way of including people with migration history in activities which are of benefit for the local community. Furthermore, the project results  were presented and there was a space to explore further possibilities of cooperation with other institutions in the district.

In total 30 representatives of CSOs and district institutions participated actively in the discussions and came up with interesting projects and new initiatives based on the key factors of the inclusion model, which was seen as a good tool for further work in the district and between international voluntary service organisations such as ICJA and the local community. ICJA thanked the “Kulturmarkthalle” for the good cooperation in the past three years, as well as appreciated the co-financing of the Asylum and Migration Fund of the European Union which made all these activities and developments possible. 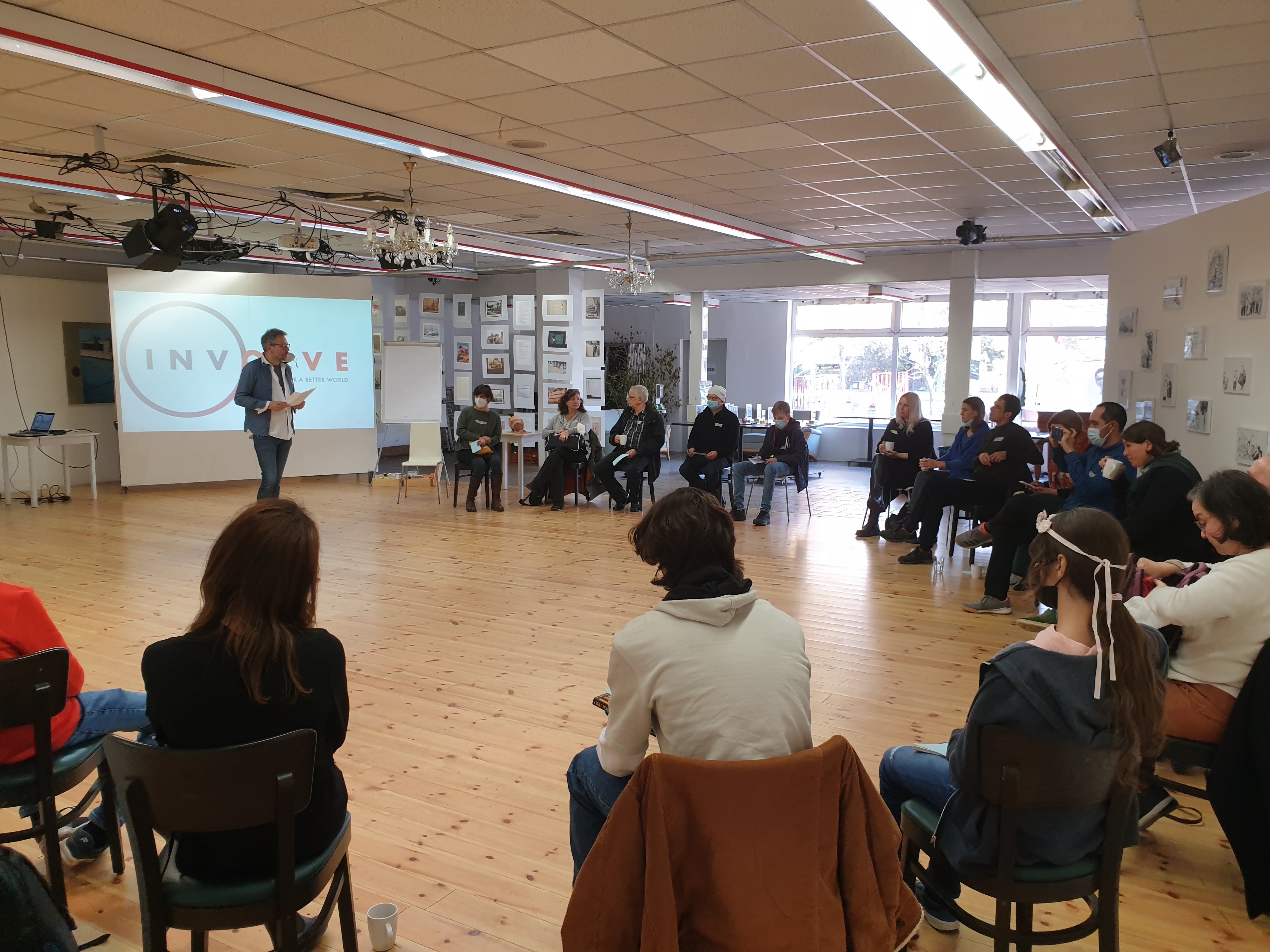